25 Years Ago, the First Robot Car Drove Across America’s Highways

The 1995 “No Hands Across America” tour showcased Pittsburgh’s robotics innovations.

The summer road trip has long been a staple of movies, where a family or a bunch of friends jam into a car and “discover America” through a series of adventures (or challenges). Twenty-five years ago this week, two guys named Todd and Dean – and a robot car dubbed “RALPH” – completed such a journey, which is now considered the first cross-country trip by an autonomous vehicle.

The trip was dubbed the “No Hands Across America” USA Tour, in which two researchers from Carnegie Mellon University’s Robotics Institute “drove” a 1990 Pontiac Trans Port van equipped with self-driving technology from Pittsburgh to Los Angeles. The Navlab 5 vehicle was equipped with the RALPH (Rapidly Adapting Lateral Position Handler), which used video images to determine the location of the road ahead and the appropriate direction to keep the vehicle on it. CMU Research Scientist Dean Pomerleau and Ph.D. student Todd Jochem handled the throttle and brake (Jochem’s original online journal documenting the trip is still online).

The pair departed Pittsburgh on Sunday, July 23, 1995, and over the course of the next nine days would travel through 10 states and multiple cities on their adventure. Like many road trips, it featured stops at roadside attractions, bad weather, fast food kids meal toys, construction delays and at least one vehicle breakdown before it was finished. But, overall, the project was a success – RALPH autonomously drove the vehicle for 2,797 miles, about 98.2% of the total journey.

The trip proved that roboticists could one day develop a fully autonomous passenger vehicle. Taking place almost a decade before the DARPA Grand Challenge and DARPA Urban Challenge (won by CMU’s Tartan Racing team) rocketed the autonomous vehicle industry, “No Hands Across America” was a milestone achievement that often gets overshadowed by other events in the robotics space.

“I don’t think we had any real idea of historical context at the time,” said Jochem, recalling the experience 25 years later. “For us, it was a fun road trip that we had to do in order to see more road types than we’d see in western Pennsylvania.”

“We were in a competition for funding for a pretty big project at the time, so we wanted to demonstrate to the would-be funders that we could demonstrate the kind of technology they were interested in,” added Pomerleau. “So there was a research component and a publicity component to it.”

The experience gave them knowledge about what the system could or couldn’t achieve, along with situations such as construction delays, sunsets, extreme weather, bad lane markings, and cars cutting in front of them. Many of these same problems exist with the current autonomous vehicle technology. “We were happy that the technology worked as well as it did,” said Jochem, “but also happy that we identified the areas that needed to have more work.”

“I’m just amazed that we were able to do what we did with the compute power of an iWatch,” said Pomerleau. “Whereas today, they basically have the equivalent of a supercomputer in the trunk today.”

Both Jochem and Pomelau said they thought the industry is roughly on the same trajectory they envisioned back in 1995. “When we were all doing this, the buzz phrase was, “In 30 years, this will be really deployable,’ “ said Jochem. “In five more years, I wouldn’t be surprised to see a Tesla drive from D.C. to San Diego, doing all of the driving except maybe a mile or two — and that would be because of some fluke.”

Following the trip, Jochem and Pomerleau continued to work on the technologies, and they sold their companies in 2006. Since then, they both consult on autonomous vehicle technologies, but Jochem said he also spends time coaching high school football in the Pittsburgh area. Interestingly, the two live in the same neighborhood and still talk with each other on a regular basis.

“Western Pennsylvania always had this reputation for hard work, taking on hard challenges and gritting their way through things,” Jochem said. A lot of that attitude in the early days of the CMU Robotics Institute carried over into projects like the No Hands Across America trip. “Imagine in 1995, they went to the board of the school and said, ‘Hey, trust us, these guys know what they’re doing, they can take the trip across the country,’ which sounds ludicrous now that anyone would agree to that. But we had people to support us and they did that – at CMU, that was very important.”

Kevin Dowling, chairman of the board of the Pittsburgh Robotics Network, said the project was one of several autonomous vehicle developments that began in the 1980s and 1990s due to the work of researchers from Pittsburgh.

“Some people think that autonomous vehicles seemed to spring from the Earth less than 10 years ago,” said Dowling. “In fact, there’s a long history and legacy of projects and companies coming out of Carnegie Mellon. Today we have more than 100 companies represented by the Pittsburgh Robotics Network and many thousands of employees in Pittsburgh who are building the next generation of robots and applications. Pittsburgh is the worldwide center of research and development for autonomous car solutions, with major companies such as Argo AI, Aptiv, Aurora and Uber ATG located and actively testing in Pittsburgh.”

Other fun facts of “No Hands Across America”: 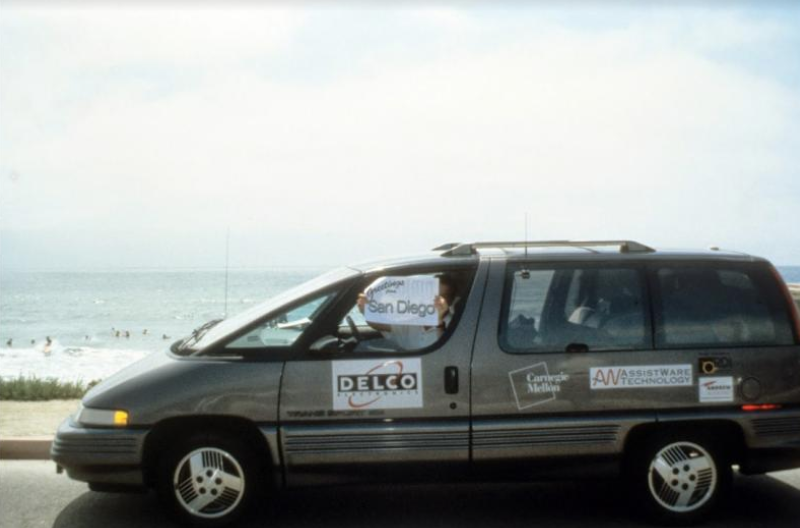 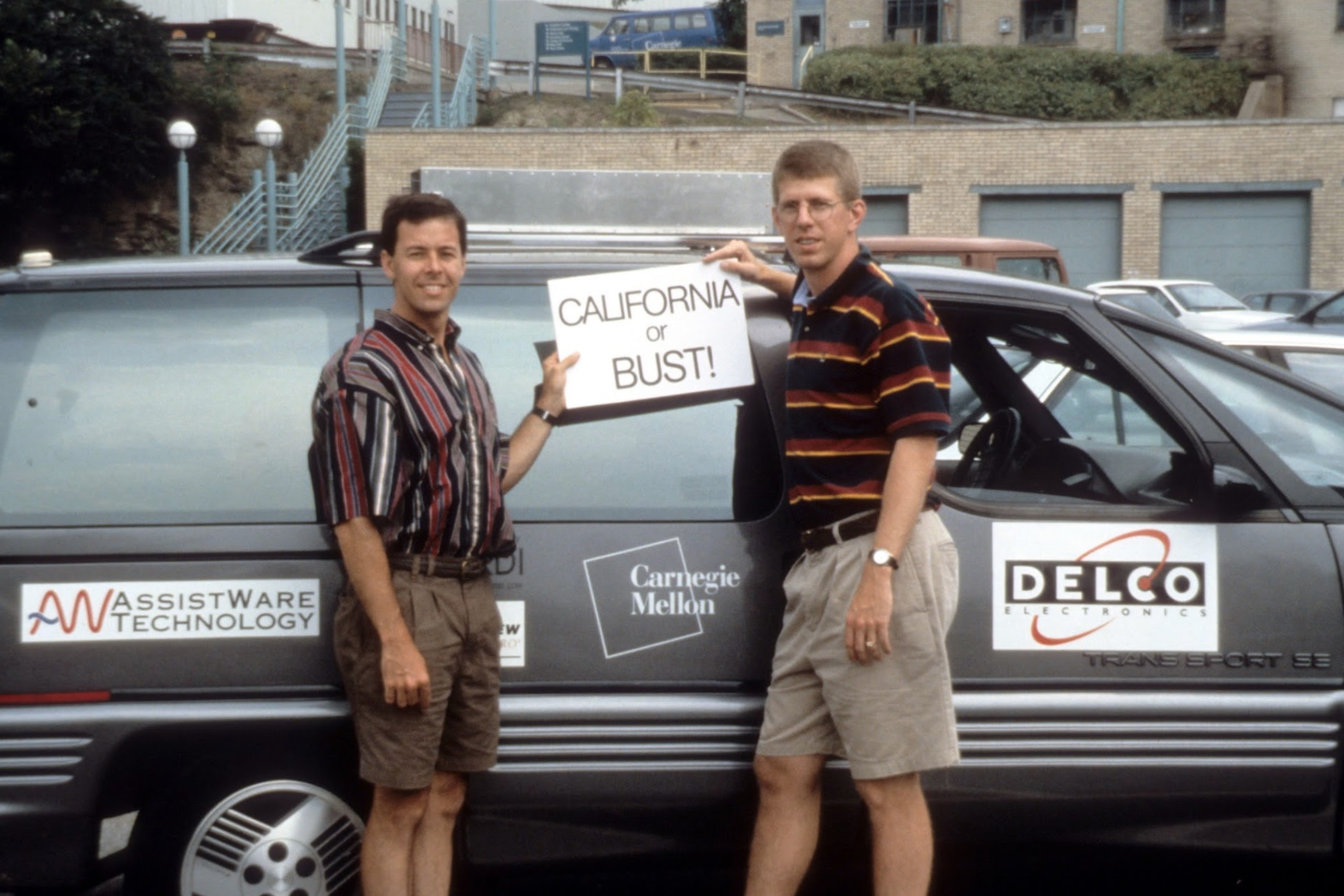 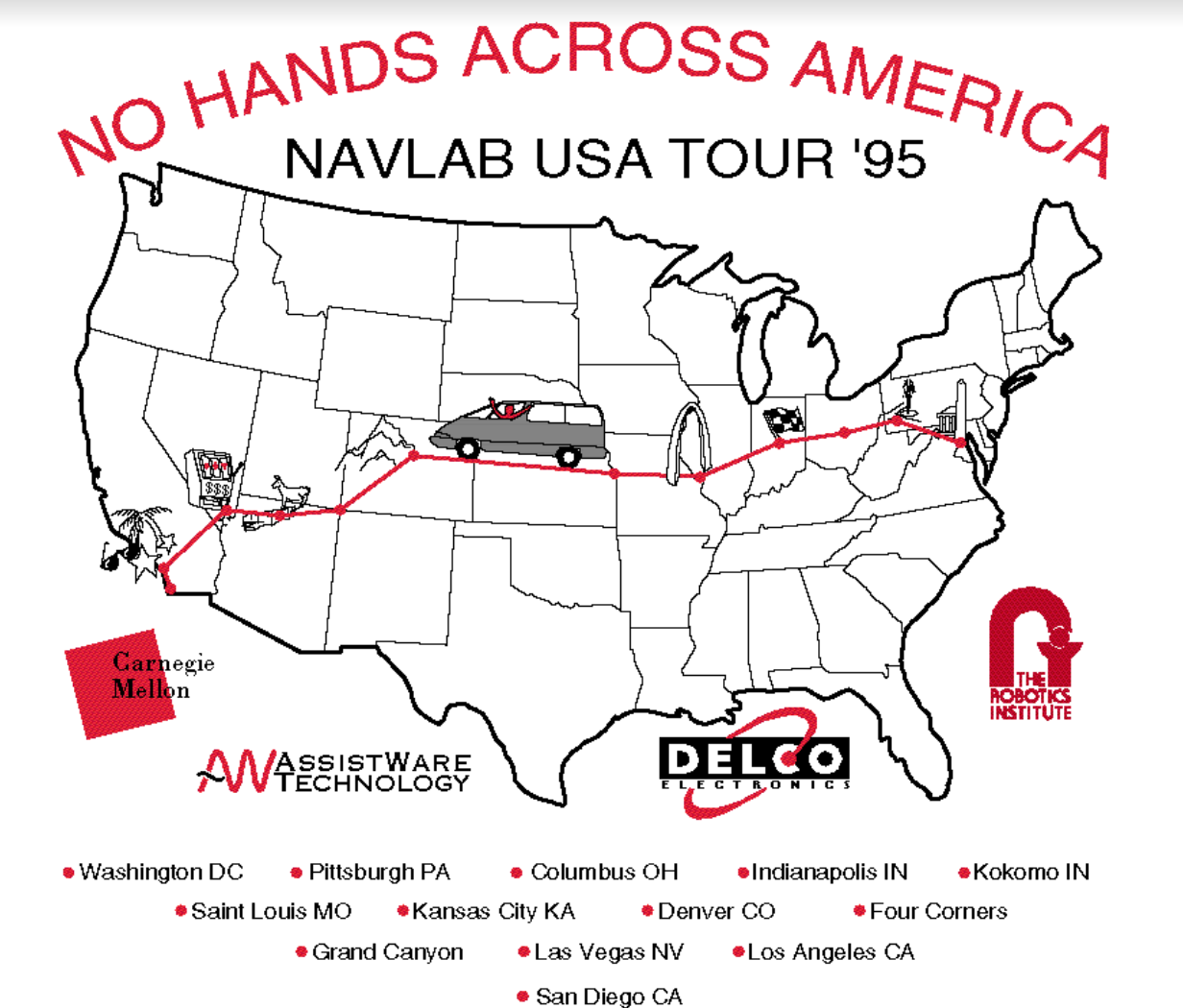 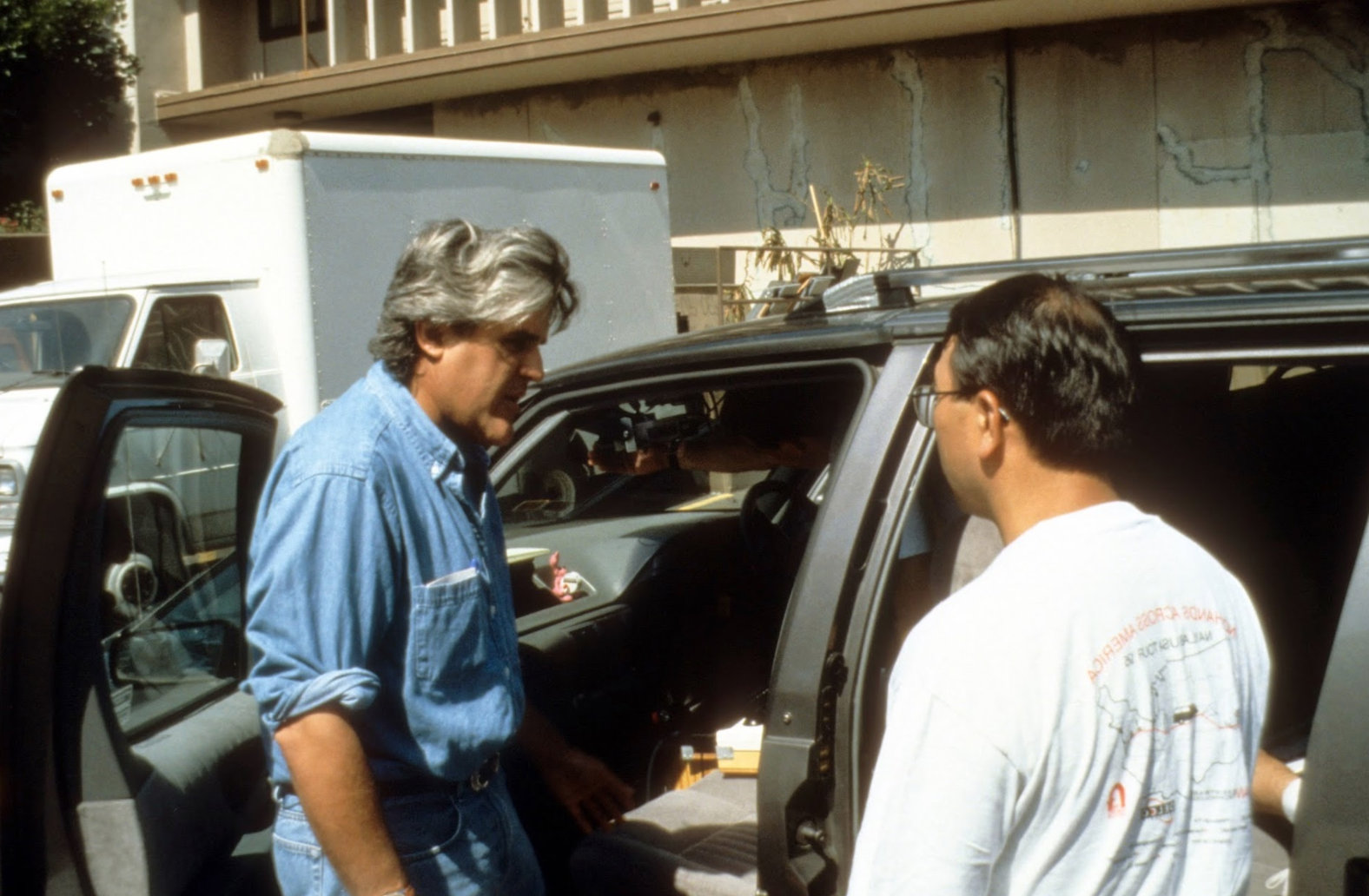 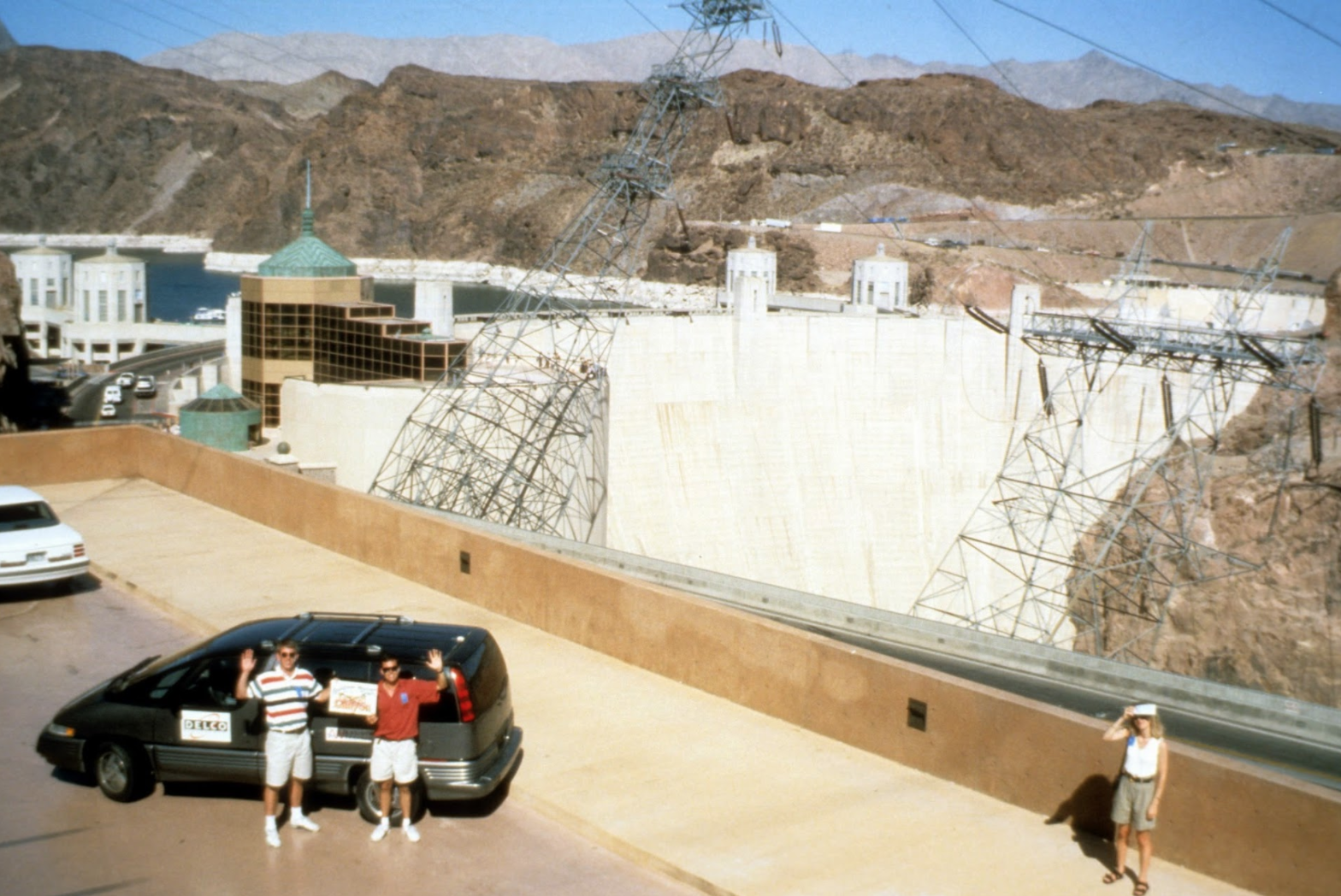 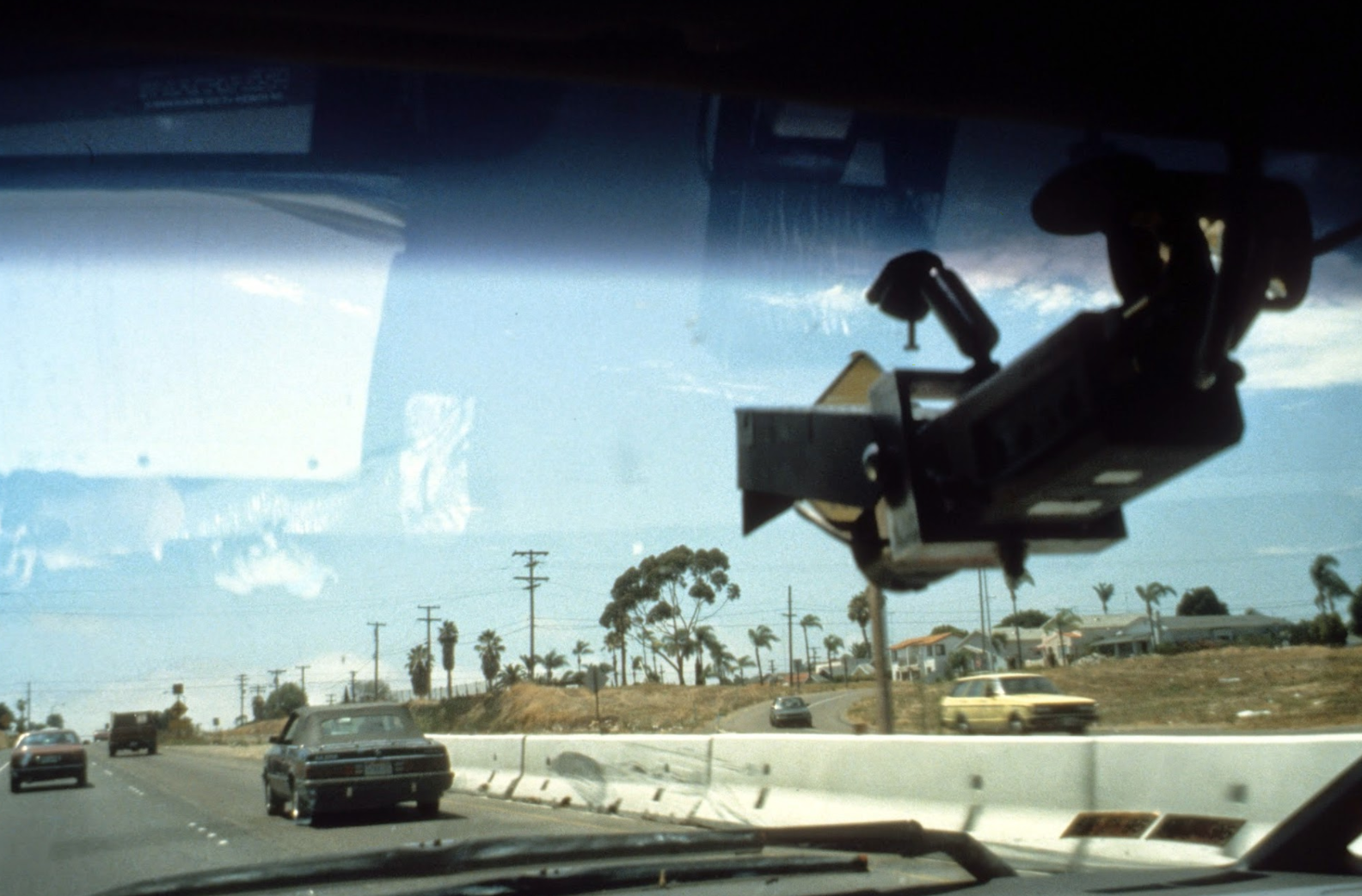 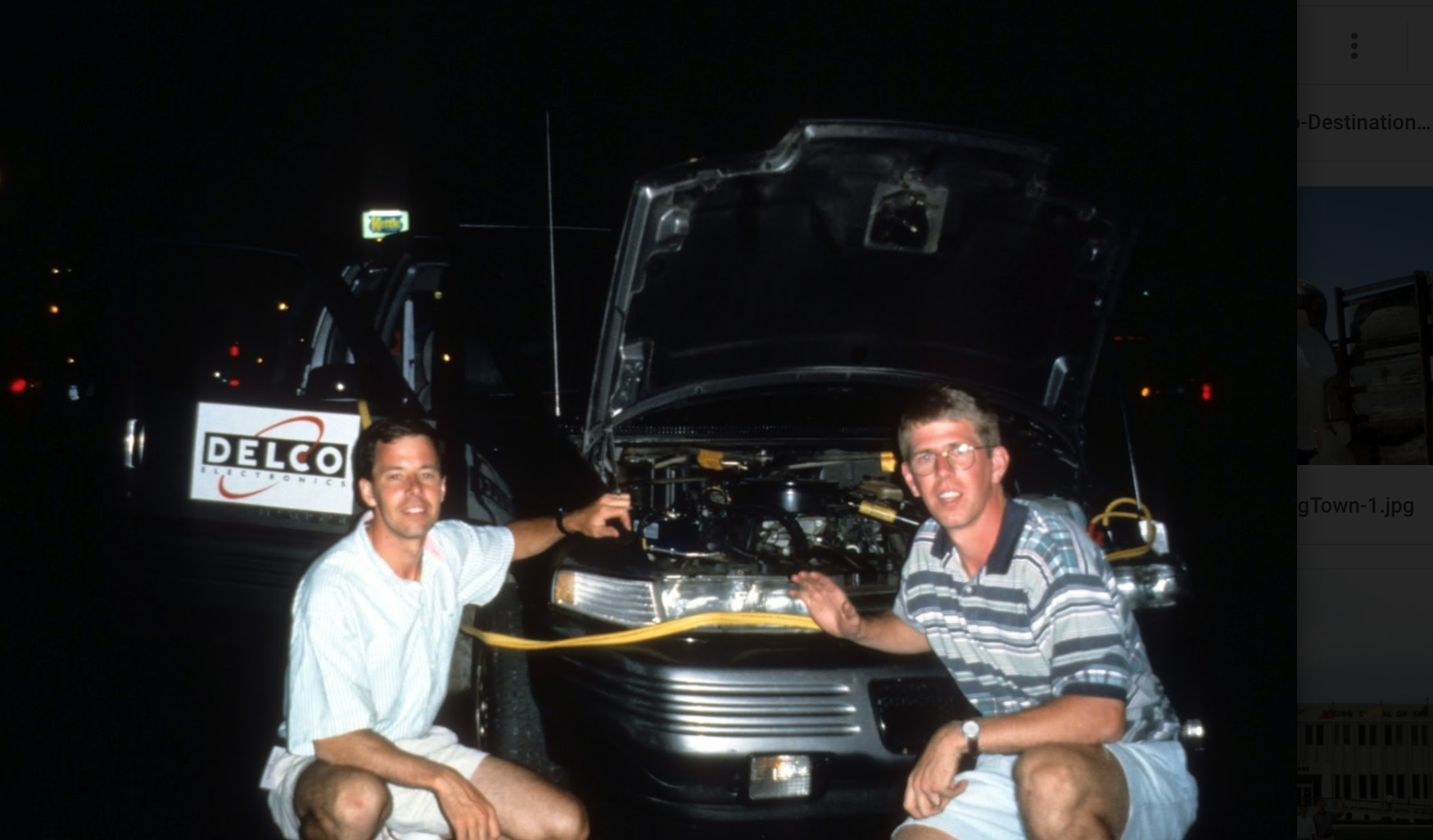 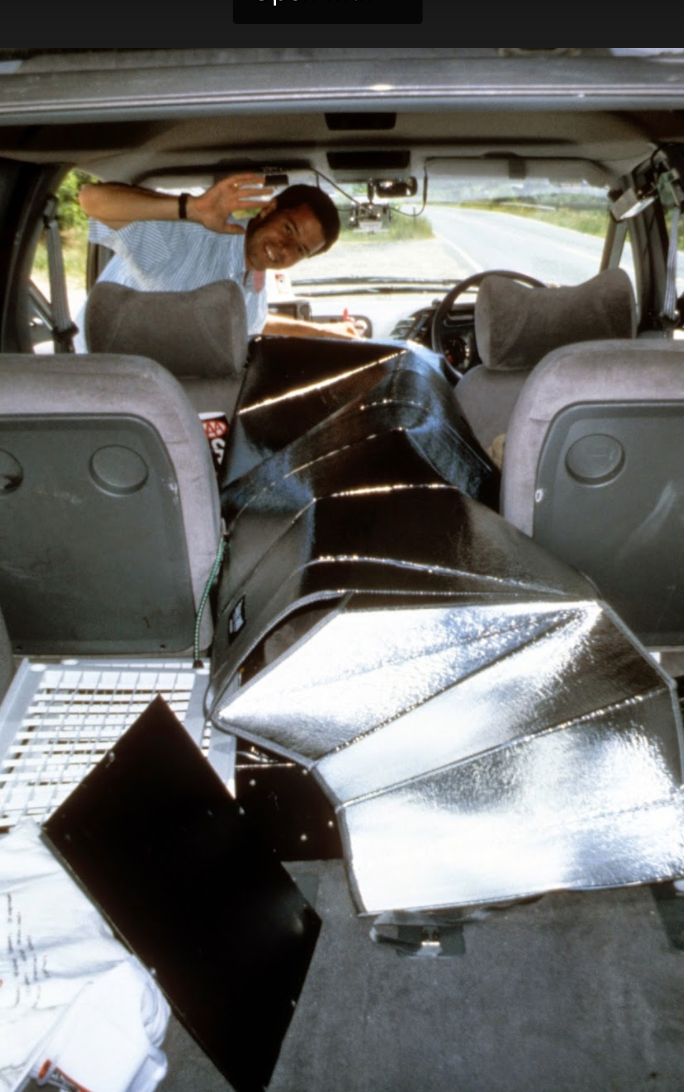 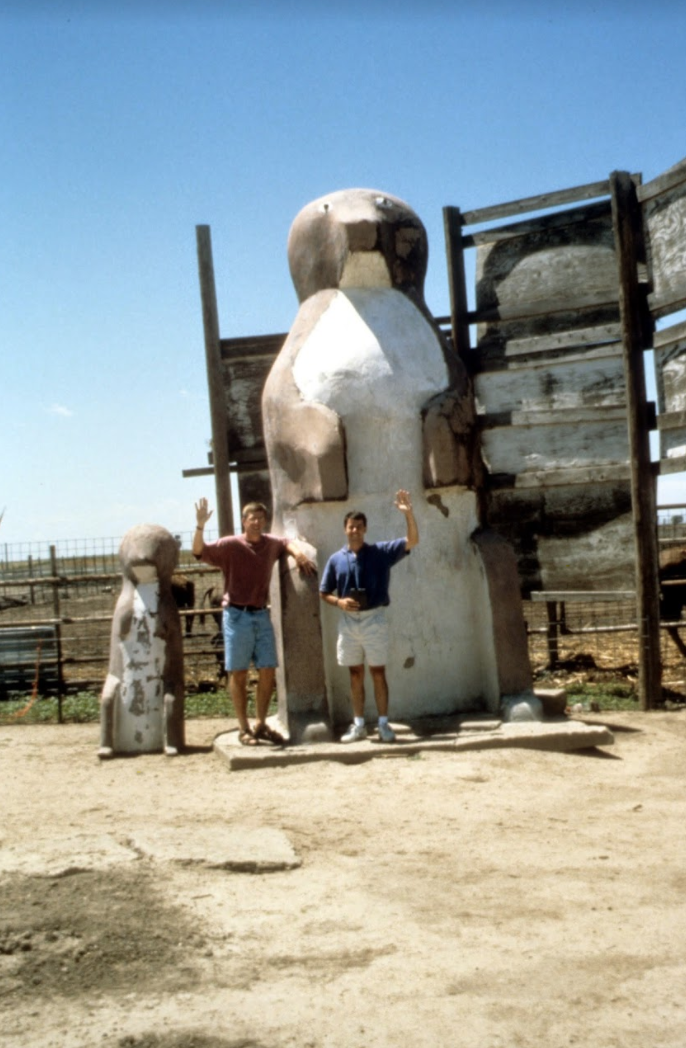 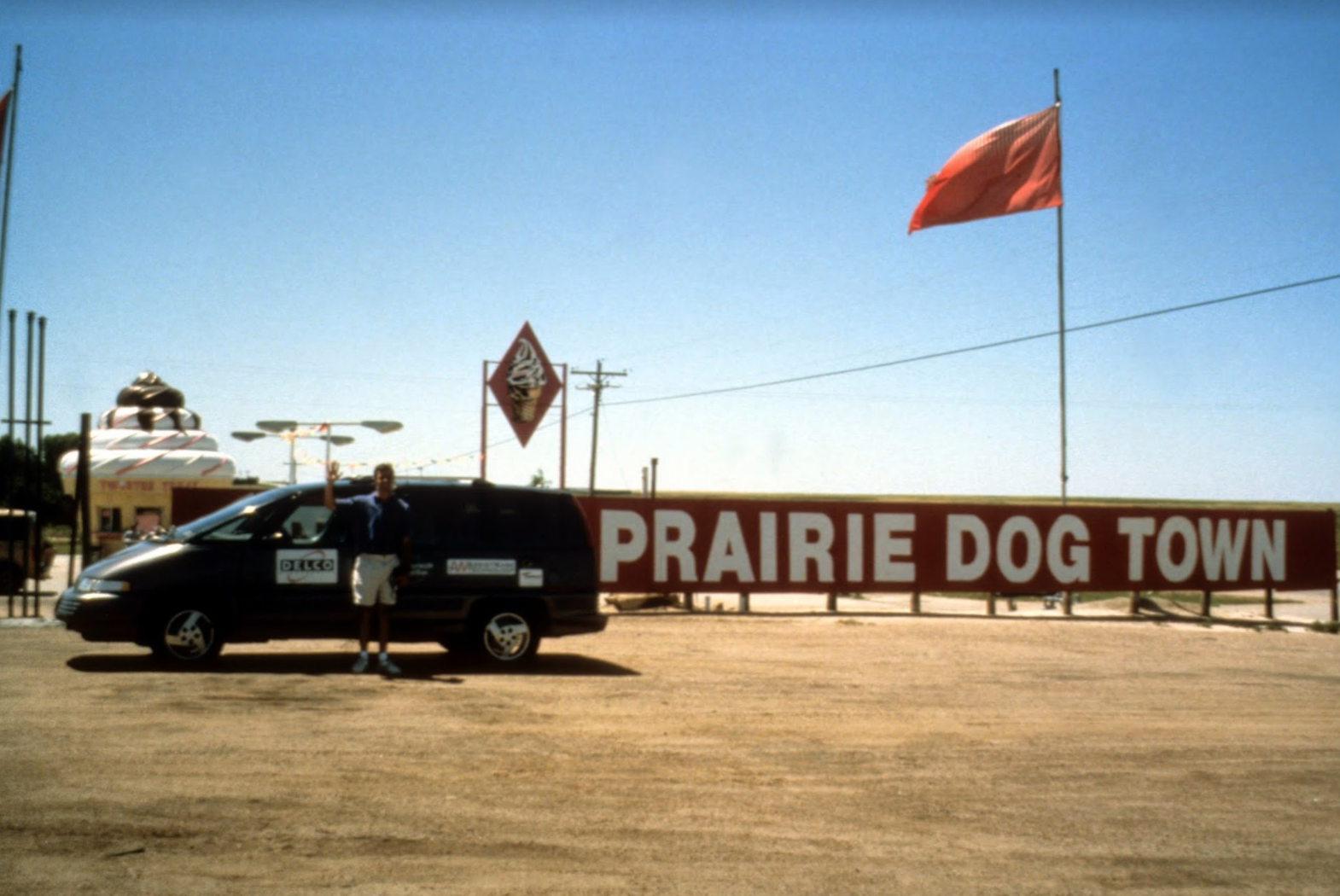 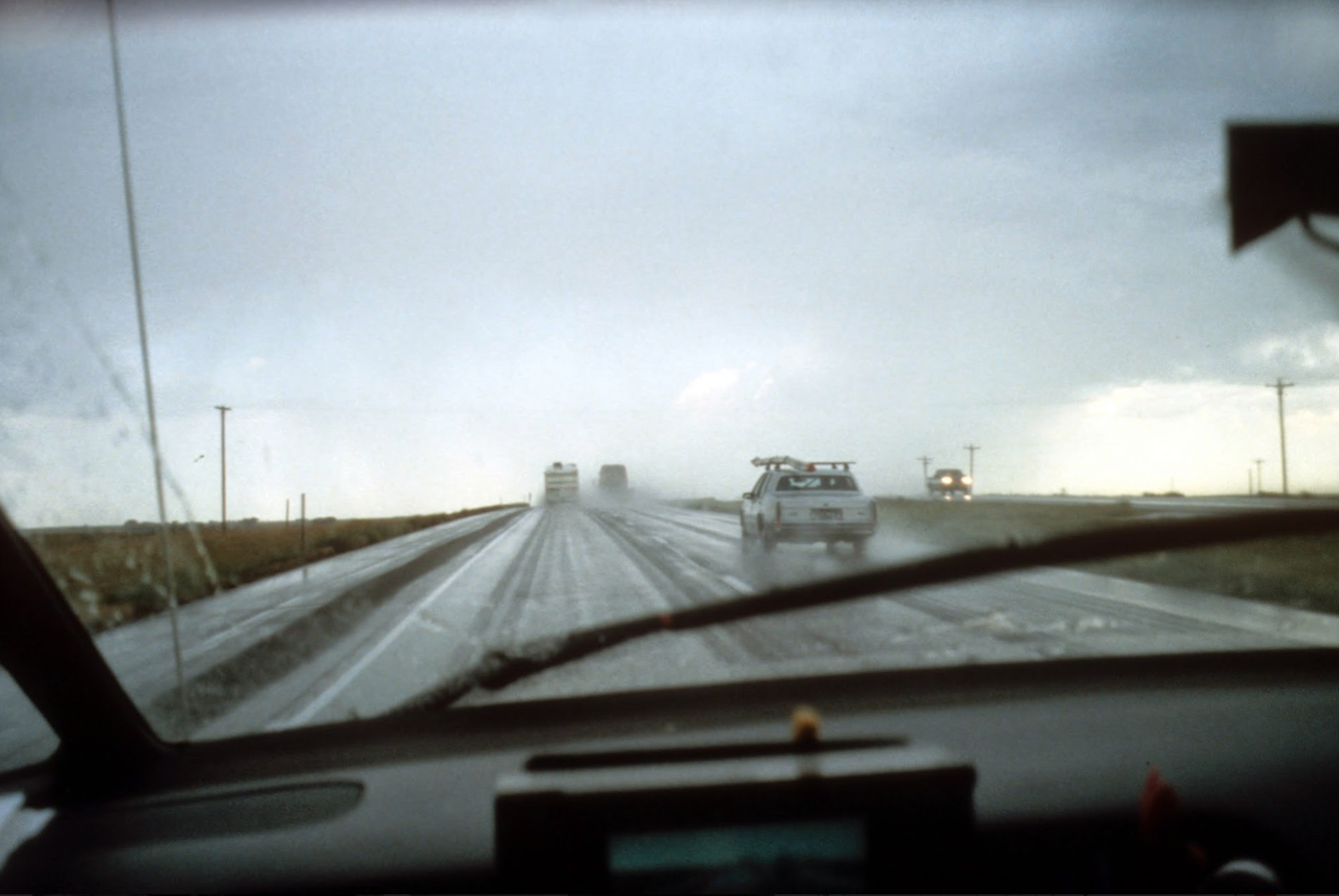 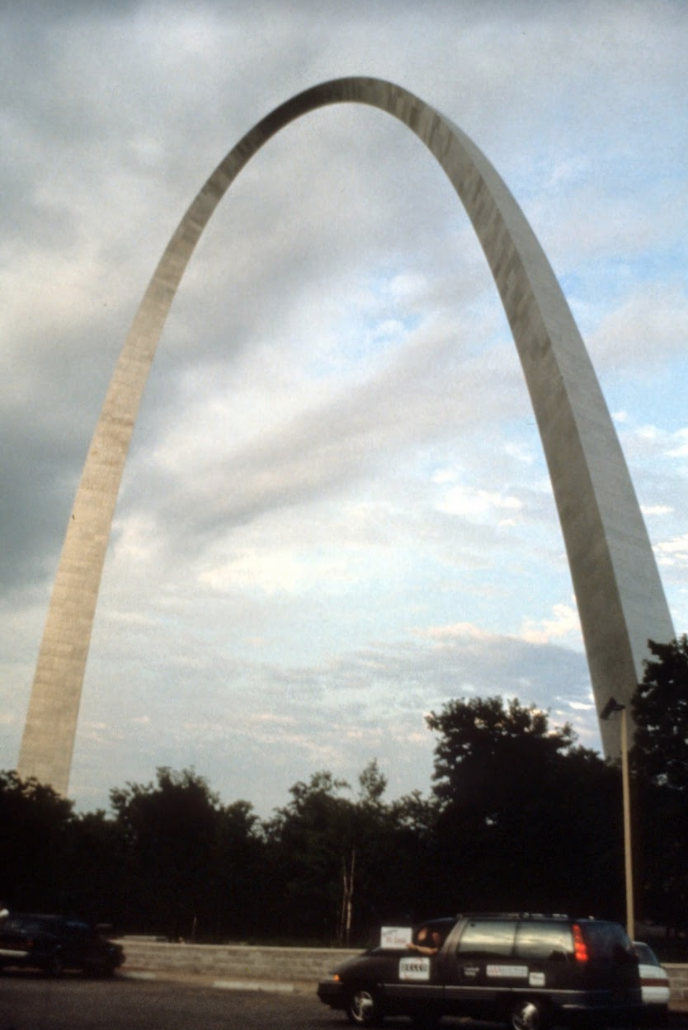 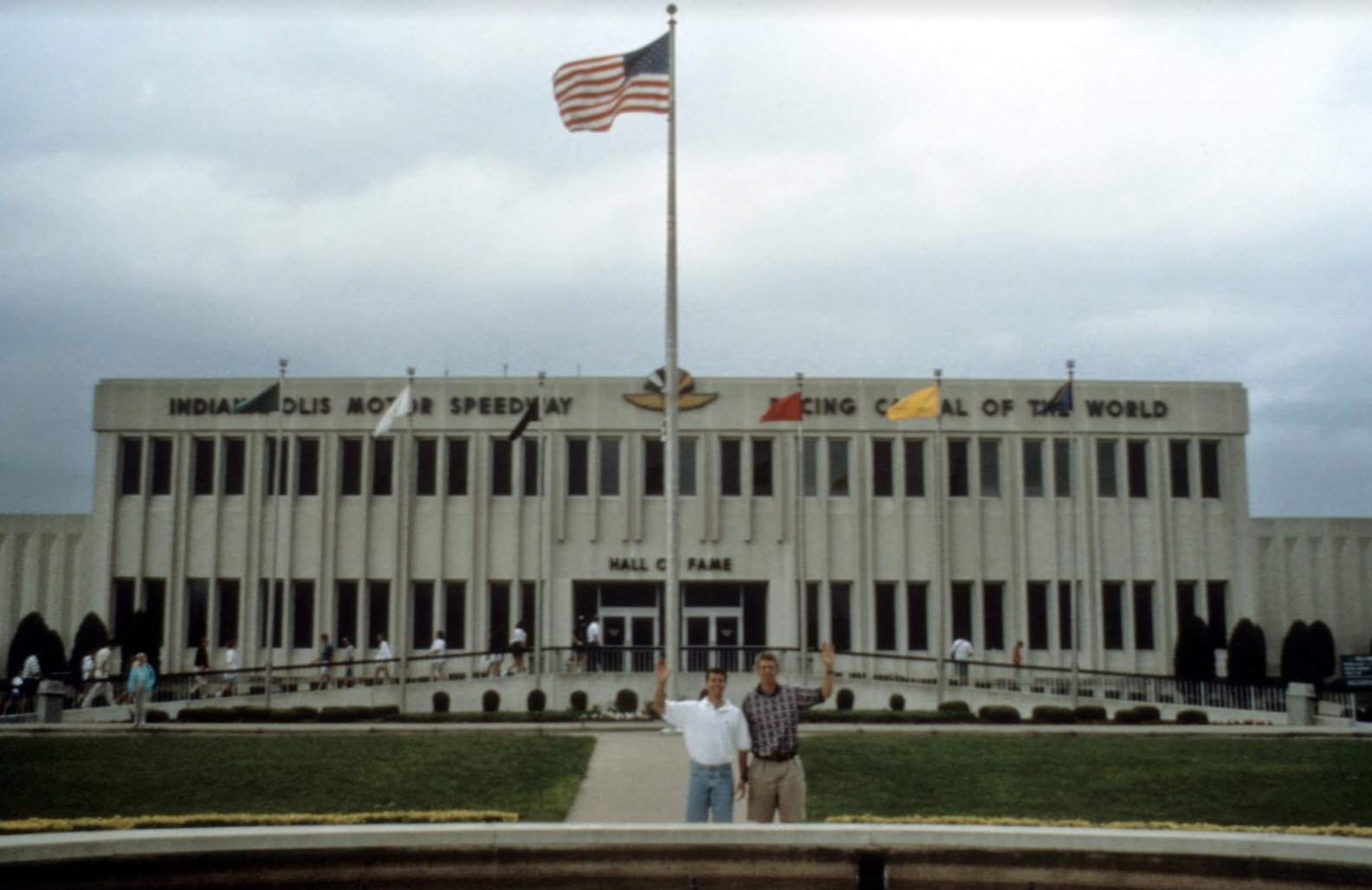 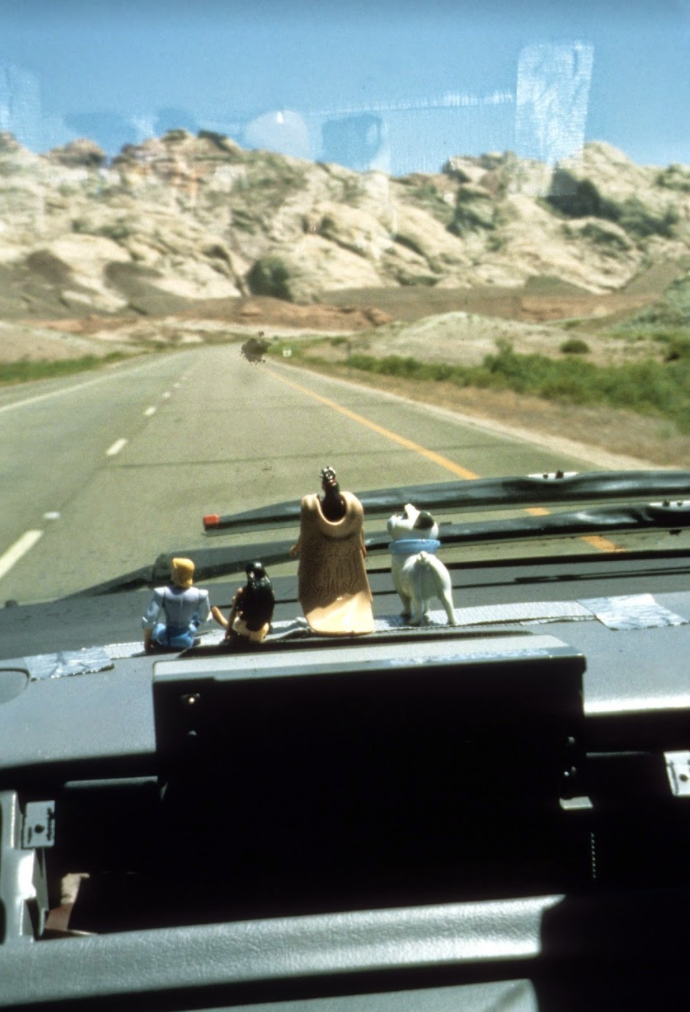 About the Pittsburgh Robotics Network

The Pittsburgh Robotics Network (PRN) is dedicated to empowering and strengthening robotics companies in the Pittsburgh region and positioning the ecosystem as an internationally recognized powerhouse. Structured as a membership-based consortium, PRN Members have access to member only events centered on knowledge-sharing and collaboration.